In this program, Takehiko Nagumo, Executive Managing Director, SCI-Japan will talk about the features of Japan’s smart cities and proposals for smart city leaders in Asia.

Prior to the broadcast on Channel Japan, its Japanese archive will be distributed online on NIKKEI Channel, which is NIKKEI’s video portal website on Thursday, March 10.

We hope that SCI-Japan partners in the world will take a look at this program as a reference for future partnership with Japan and ASEAN countries.

〈Time〉Approximately 14 minutes and 30 seconds for the entire program

〈Channel Japan Official YouTube Site〉
After the broadcast, the archive video will be delivered.
https://www.youtube.com/c/ChannelJAPANbyNikkei 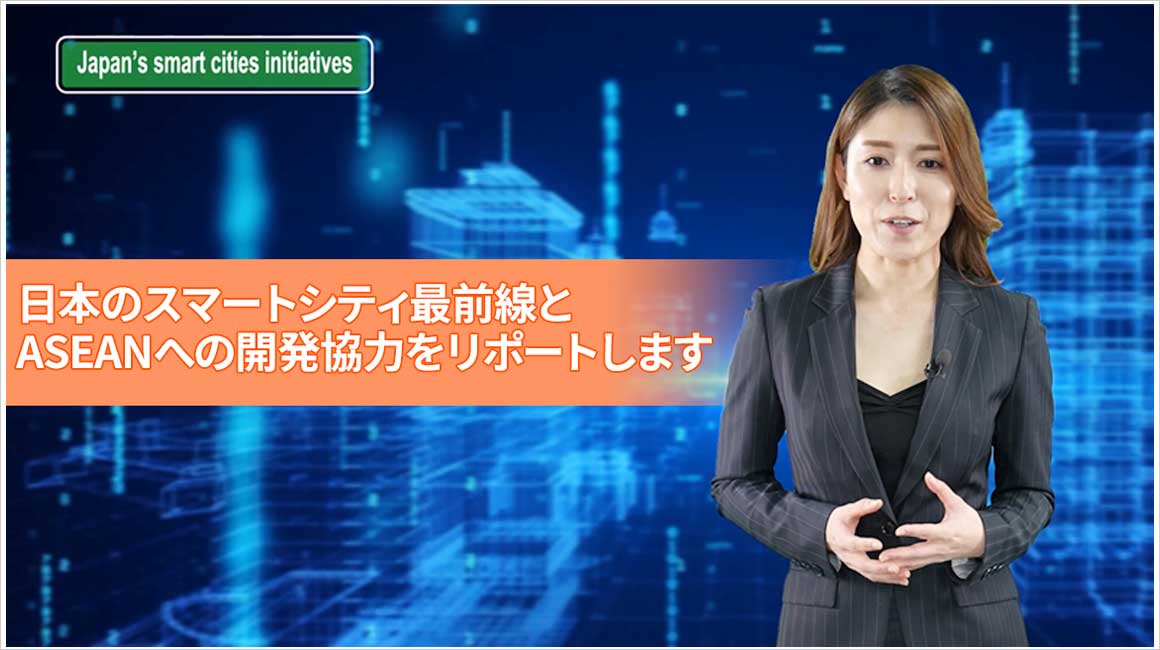 Urbanization problems such as traffic congestion and air pollution due to population concentration in the capitals of Southeast Asian countries are becoming more serious due to the vulnerability of large cities to disasters that are severely damaged by climate change.
Japan has solved these urbanization problems with urban development methods that have three pillars: eco-city (environmentally symbiotic city), TOD (Transit Oriented Development), and disaster-resistant town development (resilient city).
Now, Japan has started a smart city initiative through public-private-academic co-creation business model with the goal of human-centered smart city for well-being to overcome new urban problems such as declining birthrate and aging population, and regional disparities.
This program introduces the features of Japan's smart city policy today with best practices of smart cities in Japan and interviews with public-private smart city leaders and experts. In addition, through interview with the Japanese government's policy maker and government leader of ASEAN infrastructure in Singapore, the program will feature how Japan will work together with ASEAN Smart City Development.

Interviewee in the program